Hide Search
You are here: Home / fresh produce / How to Keep Cilantro Fresh The Ultimate Guide 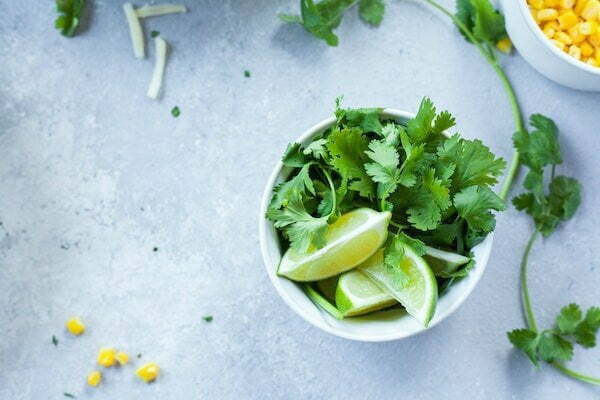 How to Keep Cilantro Fresh by learning our favorite ” how to store cilantro ” technique.

Cilantro is one of the best garnishings for various savory Mexican, Asian, and Middle Eastern dishes — but its biggest drawback is that it can become mushy and black in less than a week, maybe just two or three days, if you don’t store it right.

Even though cilantro is easy to find and is quite inexpensive, letting food go to waste can be dismaying. That’s why we have experimented with various ways on how to keep cilantro fresh for more than a week.

How to store cilantro

Storing Cilantro In Fresh Water in the Fridge 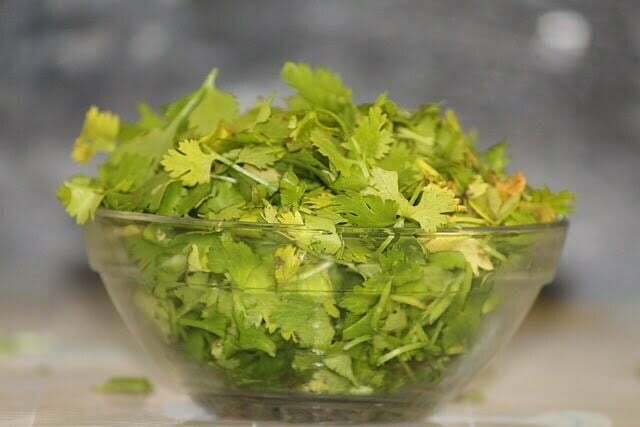 Take a look at your fresh cilantro and remove any yellow or brown leaves from the green ones. Yellow and brown leaves are dying leaves, and they will start to rot first. The moisture from the rot will cause the green leaves to decay as well. 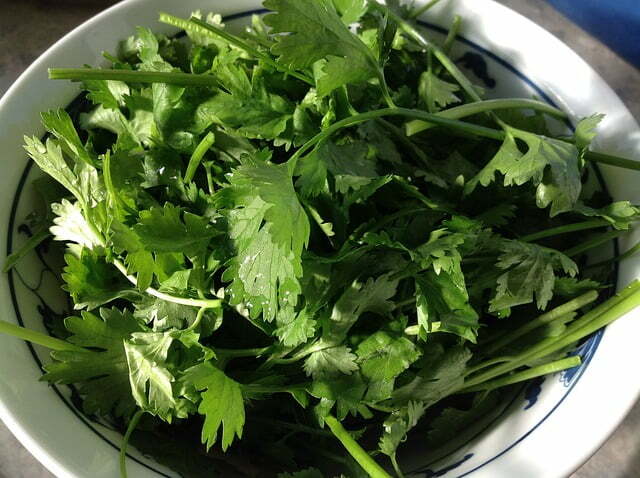 Rinse out the cilantro with cool water. Never use hot water to wash your herbs as the temperature can cause the leaves to wilt. Make sure all the dirt and grime from the cilantro are removed completely. 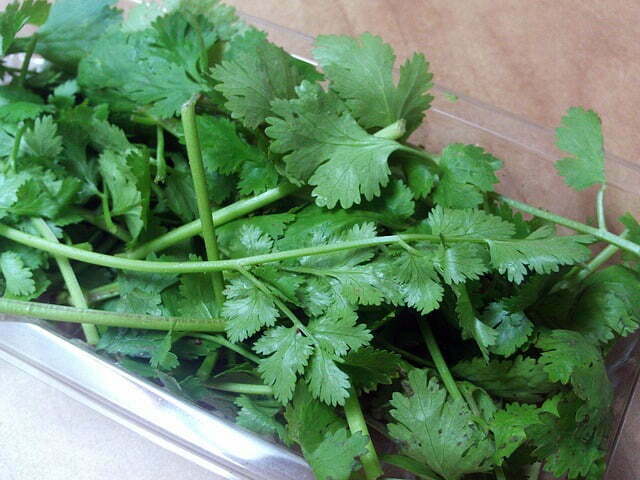 The cilantro needs to be perfectly dry if you want to store it for a long time. You can dry out your cilantro by gently patting it with a paper towel or allowing it to air dry by spreading it out on the counter naturally.

When drying the cilantro, do not rub at the leaves as they will break. 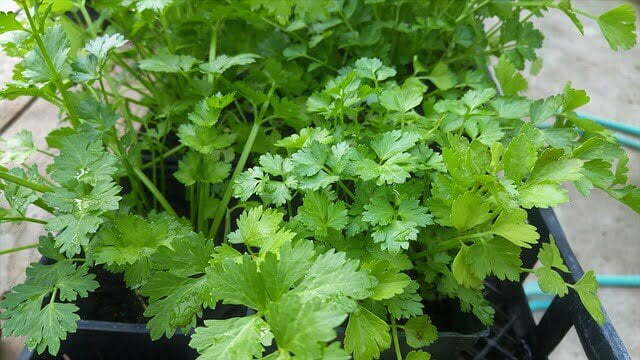 Fill a cup or a jar with about two to three inches of cool water. You do not need to dip the leaves in the water but just let the ends of its stalks rest to keep it fresh.

Step # 5: Cut off the Stem Tips from the cilantro 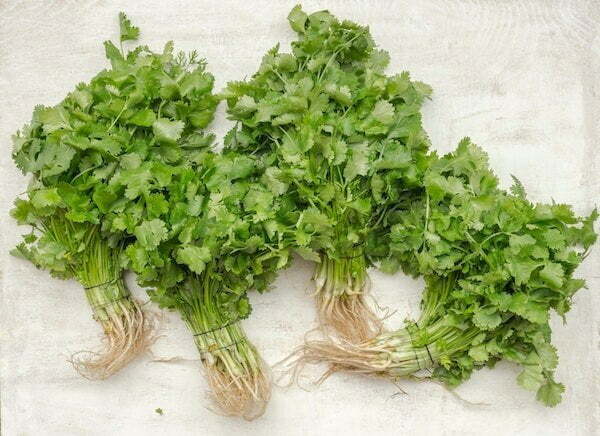 Take a sharp knife and cut off about 1 inch of the stem from the bottom of the cilantro bunch. This gets rid of the bottom, which may be brown, and uncover the fresh stalks that can take in water. The freshly-cut stems may begin drying immediately, so prevent that from happening.

Step # 6: Immerse The Cilantro in the Glass 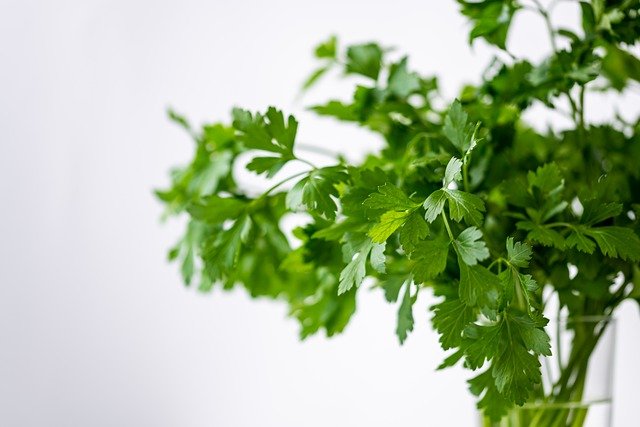 Gather all the cilantro in a bunch and place its stems down in a glass of freshwater. Make sure you do this immediately after chopping off the stems. Do not try to force the cilantro tightly into a small jar. Get a jar with a wide mouth so that they can rest loosely inside like flowers in a vase.

Cover the cilantro with a plastic bag. Make sure the cover is loose and that it covers all the cilantro and the top of the container. This ensures that the air won’t dry out the cilantro. Secure the plastic bag on the jar with a rubber band.

Step #8: Place the Cilantro in Fridge

Cilantro needs a cool and moist place to flourish. That’s why you need to put it in the fridge to make sure it remains fresh for a long time. Please put it in the corner of the fridge where it won’t be knocked over. 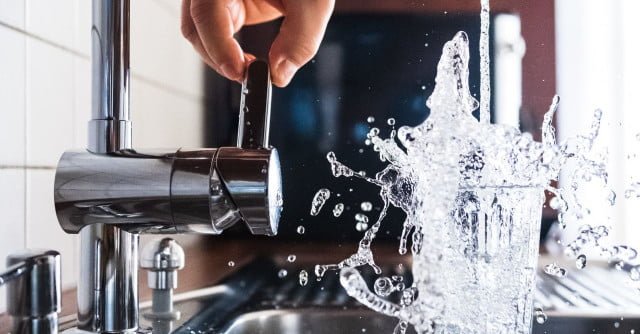 Your cilantro requires freshwater to stay fresh. Therefore, you need to change the water every two or three days. Gently pull off the cover and take out the cilantro from the jar. Dump the discolored water and wash out the jar. Then, pour more cool water into the container and place the cilantro in it, just like before. Place the jar in the fridge again.

How do you make cilantro last longer?

Cilantro has high water content, and if you leave it out on the counter, it will not go well quickly. If you do not want that to happen, follow the procedure above to store cilantro and keep it fresh longer. Make sure you pick out brown and yellow leaves from the green ones and get the cilantro perfectly dry before placing it in a jar.

How long will cilantro last in the fridge?

Using the above technique on how to store cilantro, your cilantro can remain fresh in the fridge for about two to three weeks. You should also ensure that the cilantro is kept cold constantly and the water in the jar is replaced once it starts to discolor to prevent the herb from going bad.

Can I freeze Cilantro?

You sure can, well depending on how and when you will use it, then the answer is, Yes and No. You can freeze cilantro if you plan to use them as ingredients in cooking your next recipe. If you plan to use cilantro as a garnish, I would not recommend it because it will turn black and wet, and it’s the last thing you want as a garnish.

How long will cilantro last in the fridge?  If you freeze cilantro in cubes, they will last in the freezer for up to six months. Just follow these 3 easy steps.

This cilantro freezing method creates small cubes, ideal for using them in soups, so you can easily add that cilantro’s unique flavor without running to the grocery store.

What to do with cilantro before it goes bad?

If you see signs that your cilantro is about to go bad soon, there are plenty of dishes you can use it in. My personal favorite is the Cilantro potato salad recipe. It’s quick and easy to make and is super delicious.

Serve piping hot, warm, room temperature, or cold. It will taste great at any temperature!

Our favorites and easiest cilantro recipes

You will love cauliflower after you try this delicious cilantro-lime roasted cauliflower recipe! Is super easy to make

If you are on Keto, I definitely suggest you try this Keto Cilantro Broccoli Cheese Balls Recipe; it is delicious, healthy, and makes the perfect side dish or snack, what is not to love, fully loaded with cheese, and spices, and it is ready in less than 30 minutes.

If you own an air fryer, I suggest you try this recipe. Cilantro Lime Marinated Chicken Thighs may sound like an intimidating dish to make, but it doesn’t have to be! This is a quick, easy and healthy recipe you can whip up in your air fryer with zero fuss! An excellent option for lunch or dinner time. 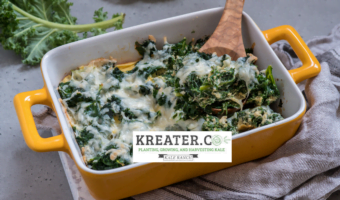